Among the participants were two foreigners, a gentleman from Belgium and a lady from Czech Republic, and the rest were Malaysians.  About half of the participants did not have any basic knowledge of YSD. This also happened to be their first YSD class.

This session was conducted by Ms Lenny Kho.  She skillfully imparted YSD Theory to the class in a very easy to understand approach, without compromising on the basic concepts which were the main foundation in YSD practice.  Ms Lenny could draw the curiosity and attention of the participants who then became very enthusiastic and craved for knowledge of YSD in order to have a good quality of life in a natural way.

The following were covered on Day 1:-

The speaker explained the importance of identifying the location of Tishang through Antui, whether Remote or Local Tishang and Antui must be followed by Wenfu using Heat Sources. 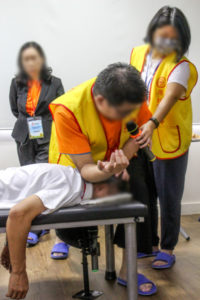 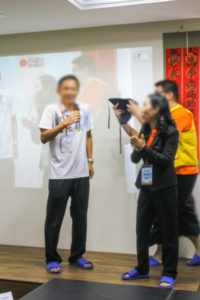 During the break, enquiry counters were opened to participants who required further understanding on YSD.

The day ended with another reminder for all participants to check the website for their names on the register for Day 2 as full attendance of Day 1 is a pre-requisite for participating on Day 2.

Day 2 session began with Dr Chang’s introduction video on the rules and regulations on Hands-on Technique. Short video clips of Antui technique and posture on the various locations of Yuan Shi Dian were played.  The participants in their small groups under the guidance of an experienced facilitator were given a time limit to practice. The participants were very eager to learn how to locate the correct Yuan Shi Dian and the proper technique of Antui. 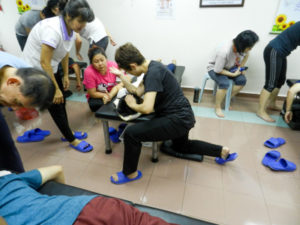 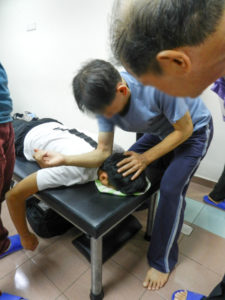 The day ended with Ms Lenny inviting the participants to share their experience and their views whether the two days classes were beneficial.  She also invited participants’ feedback as to whether it was beneficial to continue conducting YSD basic classes in the future. There was overwhelming support for the YSD basic classes to be continued so as to provide the awareness of YSD concept, which is simple and effective to everyone.

The participant from Czech Republic was very happy to have attended this basic class. She had a lot to ‘takeaway’ in terms of the practical approach of YSD which she could now apply in her life.  Finally, she was aware of the types of food that is beneficial to health and would switch from consuming fruit juices and lemon water to drinking ginger soup. Now that she has equipped with the knowledge to promote the natural way of body healing itself, her choice of food would now be those that were under ‘warm and hot’ categories. Another participant, an elderly lady who suffered from thyroid problems said she couldn’t walk after taking Western medication to treat the thyroid problem. She switched to YSD and practiced the YSD lifestyle. She was fully supportive of the YSD concept where the body can heal itself, which is a better option for her. She signed up as YSD volunteer of C.C.H. Yuan Shi Dian Organisation.

Few more participants went up to share and all with positive feedback that they gained useful health knowledge and felt grateful that YSD is another form of alternative health treatment. They also signed up as YSD volunteers so that they could share about YSD concepts and also to help those who are in need, especially those who have no other means to find a cure to their diseases and illnesses, practicing YSD could be the option. 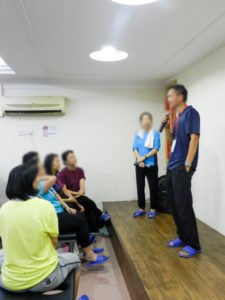 The Public are welcome to look out for the next YSD Basic Theory and Hands-on Technique classes by visiting the official website of C.C.H. Yuan Shi Dian Organisation regularly.  Classes are conducted separately in English and in Chinese. 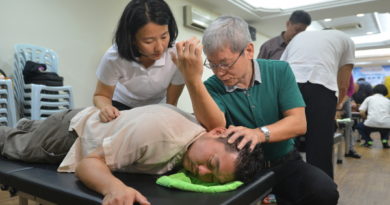 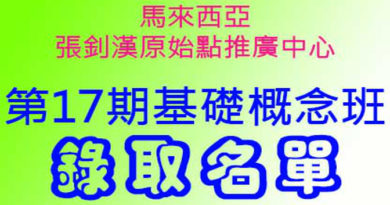 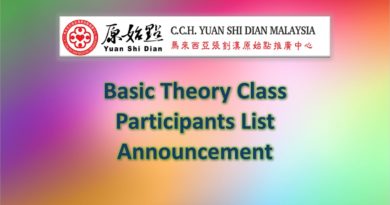