This ceremony was hosted by Ms. Lenny Kho and Mr Amish Siew, volunteers at Pertubuhan C.C.H. Yuan Shi Dian Malaysia (C.C.H. Yuan Shi Dian Malaysia Organisation).  They commenced by thanking everyone who attended the 4-days talks and the book launch ceremony.  They also thanked Dr. Chang for his presence and to officiate the launch of this long-awaited English Handbook.

This project was initiated by Dr. Chang, Chao-Han and C.C.H. Medical Foundation (“the Foundation”). An English Translation Team consisting of Yuan Shi Dian (YSD) volunteers around the world, mainly from the United States of America (USA) and Malaysia, spearheaded this project.  The team worked in collaboration with Dr. Chang and the Foundation.  It was important that this English Handbook be an exact duplicate of the handbook in Chinese version so as not to have any distortion in the information.  With this objective, one of the main challenges faced in the course of the work was getting the precise translation of some YSD terminologies which have their special connotations and differ from their conventional meaning. The English Handbook was finalized and proof read by the core translator from the USA Team and the Malaysian Team. The 13 hour time zone difference between the core project team members who resided in USA and Malaysia added on to the challenges. However, after months of good team work, the English Handbook that involved painstaking efforts from constant pondering day and night has now come to fruition.

First, the project coordinator from C.C.H. Foundation USA, Ms Luna Cheng was invited to the stage to give her speech.

Despite her busy work schedule, she still involved in the project team.  Ms. Chew then addressed the audience and began with thanking Dr. Chang for conducting the 4-days talks and to officiate the launch of the English Handbook.

She acknowledged the project team’s challenges especially the need to work through the night till dawn because of the 13 hour time zone difference between the team members in USA and Malaysia.

Ms Chew Lay Yan thanked everyone who had in one way or another contributed to the success of the English Handbook. Special mention of thanks was made to the following:

1. Dr. Chang, Chao-Han, the author of the Chinese version of the Handbook.

For his continued support and encouragement; his effort and generosity in introducing a brand new system of medicine integrating both medical treatment and health maintenance which can be learned by anyone who has no medical knowledge nor background.

For leading the translation project and publication of the English Handbook.

For the typesetting of the English Handbook.

For their efforts, hard work and continued support for the translation project.

6. The English Translation Team in USA (particularly Ms. Luna Cheng, the coordinator of the translation project)

For their efforts, hard work and continued support for the translation project.

For her hard work, help and significant contribution to the translation of the English Handbook.

For his assistance in finalizing the YSD terminologies, his valuable ideas and advice.

For verification of the contents, edited and proof read some of the chapters of the English Handbook.

For their participation and feedback that helped to make this translation project a success.

The founder of YSD, Dr. Chang, Chao-Han was then invited to the stage to give his speech and to declare the official launch of the English Handbook entitled “The Ways of Yuan Shi Dian” – December, 2017 First Edition, followed by a loud applause from the audience.

With the publication of the English Handbook, YSD can now reach out to a larger community, especially those who do not have a command of the Chinese language, thus sowing the seeds of YSD throughout the world.  We hope to be able to realise Dr. Chang’s dream for everyone to be on the path of good health thus avoiding suffering and attain happiness in life!

Reported by the YSD volunteer 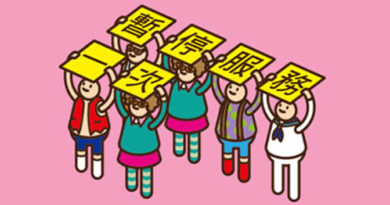